Celebrating our 6 years of treating patients in New Orleans! This promo is good until the end of November. 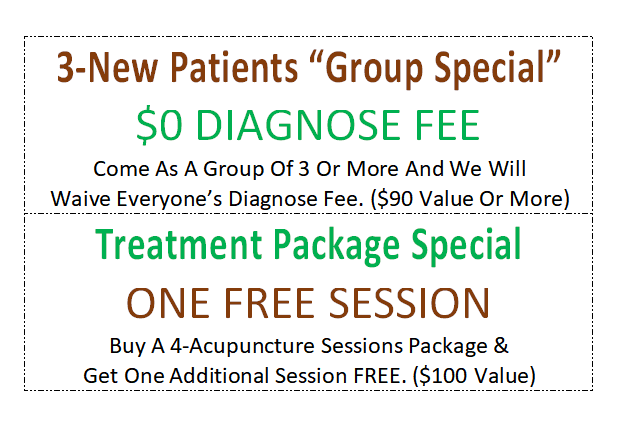 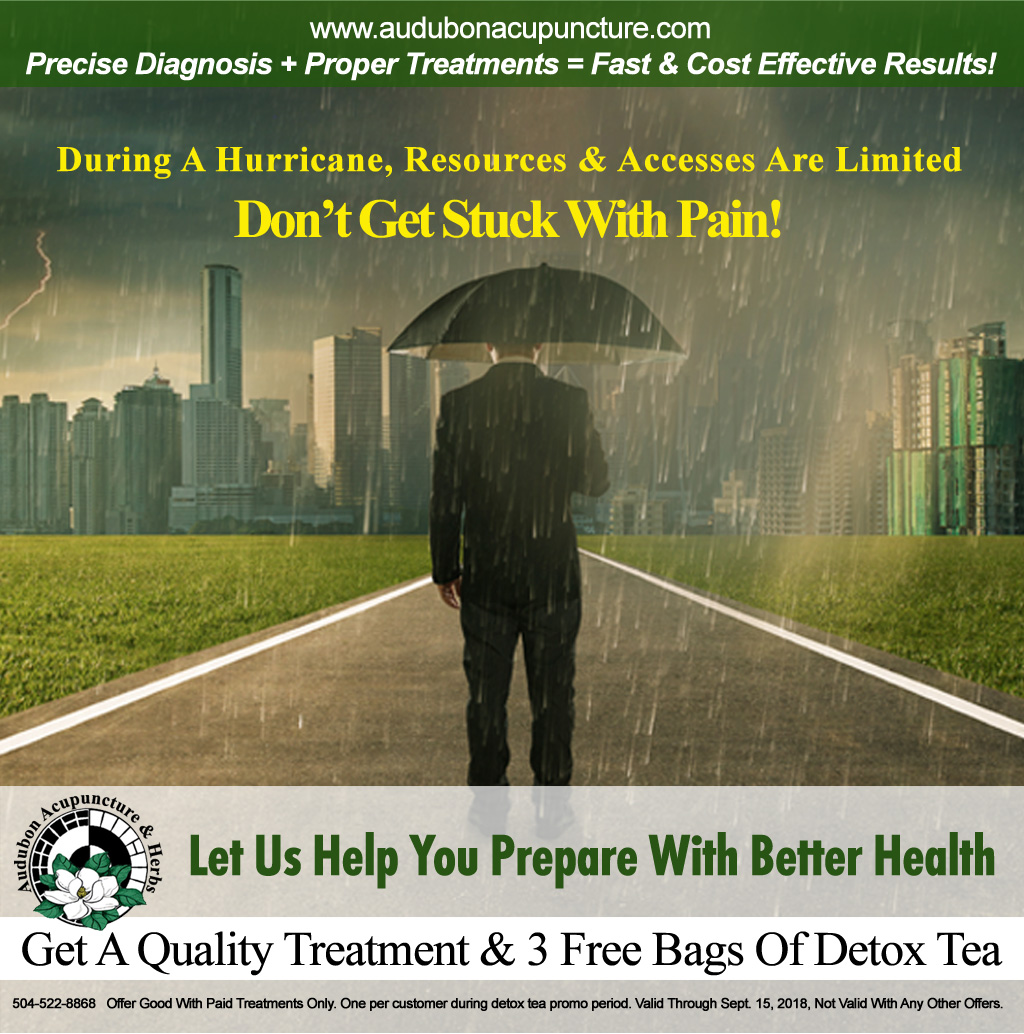 Hurricane season is here and the evacuation drill is not new to New Orleanians. Have you or know someone who experienced challenges to access health care and medications during a storm?

Think about the stress, uncertainty, high traffic, low supplies in the stores, kids not being in school, new environment, strangers, and with all that going on there’s not a relief for headaches, elevated blood pressure, back pains, urinary track infections that cause the person to go to the bathroom every 30 mins… Plus anything else you never had a problem with until then.

Come get acupuncture treatments before you have to experience any of the above. Our treatments have been proven to clients with immediate relief and long lasting effects, and in some cases they are able to decrease or stop medications. Why not get some all natural treatments at Audubon Acupuncture & Herbs? It’s easy to make appointments here. You will feel the before & after difference within just one hour or less of walking in our door.

From now til Sept. 15th, 2018, get 3 free bags of detox tea with your treatment.* See promo flyer for details.

The medicinal herbs play an important role in curing people from various ailments including stress. Stress is supposed to be a major force in repudiating the will of a person. Stress is a major backdrop which limits the functioning of any person. A person might be successful but may not be able to take decisions just because he may be under stress.

History is also replete manifestations of past by the studies of herbs in civilization of China. Herbs have also been quoted as 16th century alchemist. Nearly three quarters of the world are dependent on herbs. Herbs act as a stimulator for healing various ailments.

Stress is caused by several reasons in ones life…no particular reason can be given to the rise of stress in ones life. The reasons which can be blamed for the rise of stress are the changes or break in relationships; family problems; job changes endless cores errands and most probably the insecurity and on the whole being alone.

Stress causes headaches, sleeplessness, impotence, diarrhea and increased and loss of appetite. The conditions of stress leads to hypochondria and a condition comes where people believes as a sign of serious diseases where it makes a person believes as a as a persistent fear of being ugly. Stress even leads to anxiety disorders and panic situations. Moreover these removed and eliminated by the use of medicinal herbs.

Herbs can be used in various ways such as infusion -used in making tea, decotion-used in from barks, extracts as to creams and compress – cloth soaked in water based on herbal prep. Stress forms a major factor in preventing a person’s will to move and stops a person from investing its full source as from mind to a particular work.

There are various medicinal herbs which removes stress are

AGNUS CASTUS – also known as chaste berry the main action being hormone regulator. The main therapeutic use is to stop the menstrual irr-regulation.

BLACK COHOSH helps as to have a clear menstrual flow and remove stress.

BUCHU -whose sources are leaves acts as antiseptic.

ECHENACIA- used in for immune booster, toxic and also as a removal of nervous exhaustion.

Medicinal herbs provide ample relief from stress and also work as a regulator cum healer. Medicinal herbs provides relief from various phobias which r also implications for stress. The herbs act as a stress manager and relief from obsessive compulsive disorders which include repetitive thoughts intense impulses and a combination of absurd and unusual thoughts. The medicinal herbs can be used as a multivitamin and also as mineral complex. Medicinal herbs are being plucked up and then sorted out the roots and the leaves have different purposes. The roots are kept in water while the leaves are washed and grinded. The roots are pressed and ample amount of juice is taken out from it. The mixing process takes lace in companies and they undergo processing and are packed.

Medicinal herbs give extended values and acts as a catalyst where it does not change but alters the conditions and provides a regulating force. Medicinal herbs are enriched with source values and with amazing potentials so as to remove various ailments but at times medicines leads to side effects at times the herbs cannot be natural. They contain poor quality of containments of only smaller kind.

Herbs have also been treated as an ancient form of medicine to treat illness. Even herbs such as hawthorn made from flowers and berries are used in treating heart diseases and garlic which acts as prevention against bacteria and fungal colds the medicinal herbs on the whole acts as a medium of regulator and removal of stress and works amazingly on the nervous system.